In 1708 Napoleon Bonaparte during its military campaign for the conquest of the Nile country and Syria harangued his troops in the plain of Giza with a phrase that has left for the story: "Soldiers, from the top of this pyramids, forty centuries of history are looking down upon us”.

And in fact that are the remains of this exciting and original civilization together with the popular imaginary the most important claim for visitors in the country of the pharaohs and also in the world.

Its temples along the fertile and legendary Nile: the impressive temples of Luxor and Karnak, the mysterious Valley of the Kings, the gateway to the black Africa in Aswan, with the recued temples of Abu Simbel or chaotic megacity of Cairo awake 24 hours a day with the Giza Pyramids ( the only one of the seven wonders of the ancient world which is still standing), are waiting for you in the Land of Pharaohs. 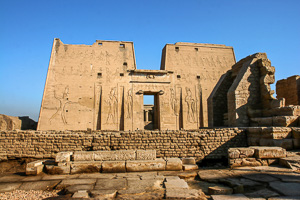 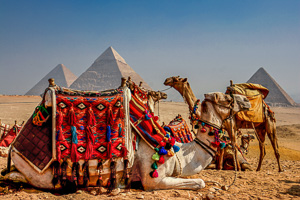 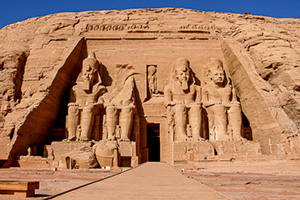